Left Muskegon at 9:30 and followed the coast 61 miles south to South Haven. Ride began with a very mild following sea (wind and wave action on the rear of the boat), maybe 1 foot swells. As the day progressed, so did the wave size. When the waves on the stern got to  4 feet in height the autopilot said it had had enough. At that point I had to steer the boat. Not really a big deal until we tried to dial up the speed. 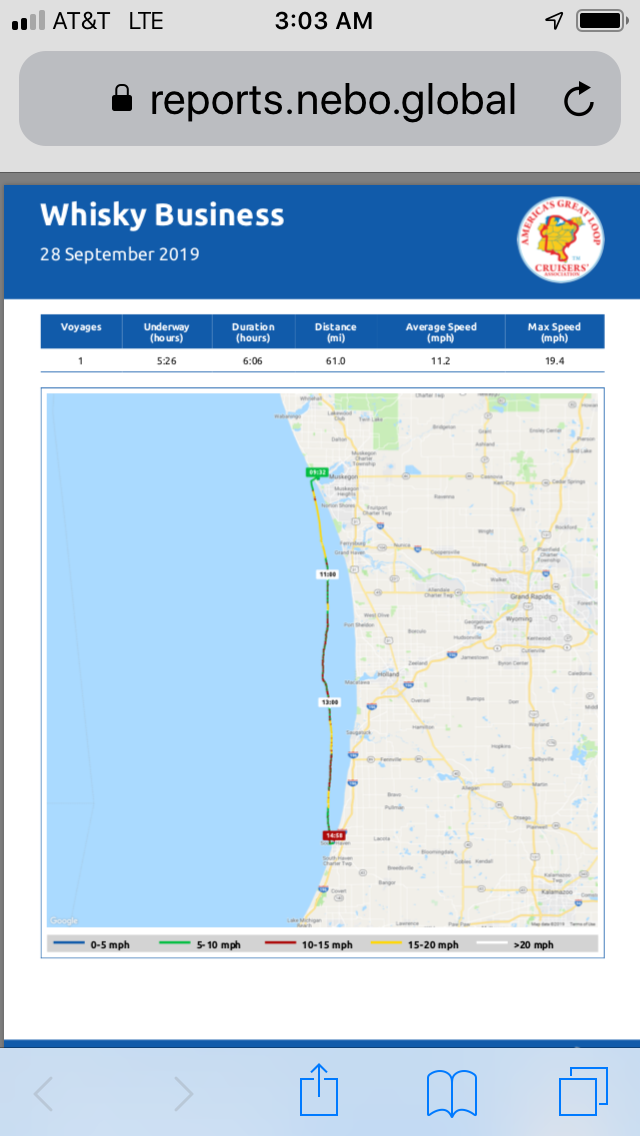 Notice the different colors of the track? They denote different speeds. We tried to run fast to get off the lake but when running at our cruise speed of 18 MPH, when we ran down the side of a 4 foot wave the boat would want to take a hard left turn and I would have to fight the wheel to get the boat straight again. Not fun. Tried that a couple of times but finally decided to just run at 9 MPH and be done with it. Not many photos of the trip as just a bit too bumpy. I was able to snap a quick photo of a wedding on the beach at South Haven as we made the turn in the channel to the marina. 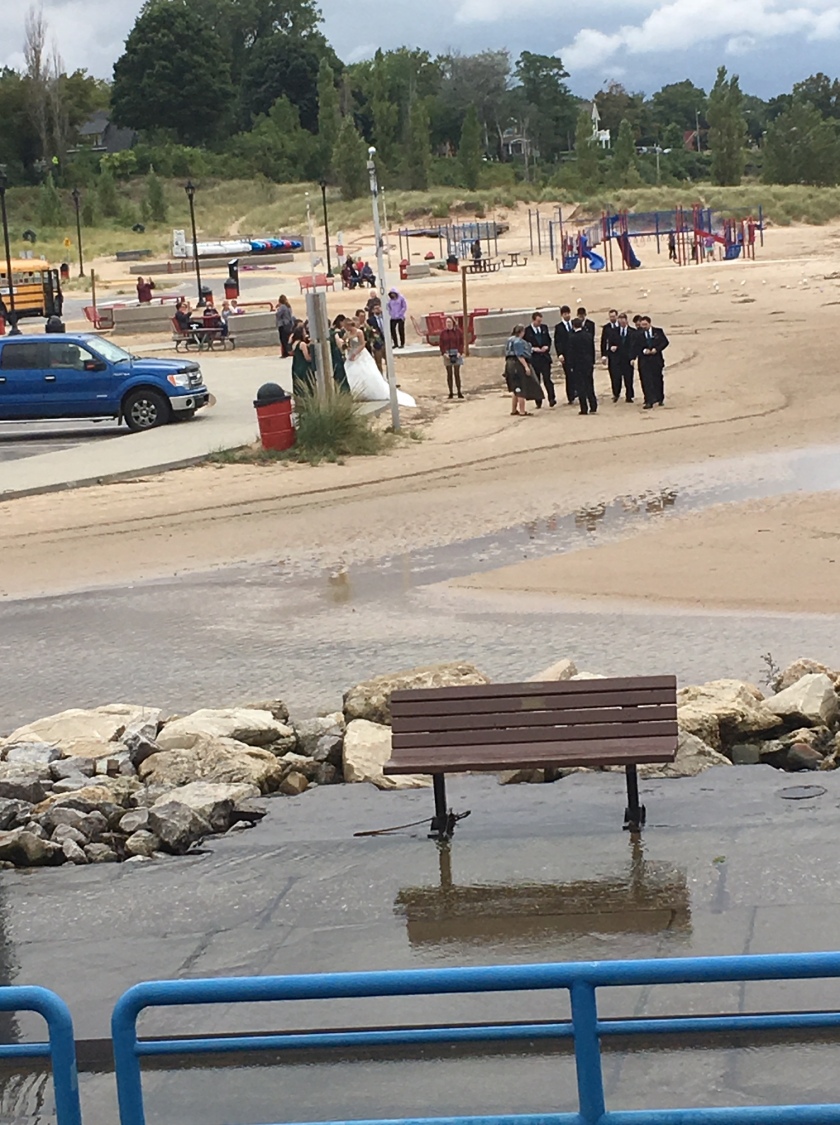 Sunday morning went to the marina office and got coffee. Got back to the boat and said “what the hell?” Let’s do bloodies instead. By the time the folks on Adagio and Saltaire left we had depleted our last 2 bottles of bloody mary mix. Loopers drink like sponges! 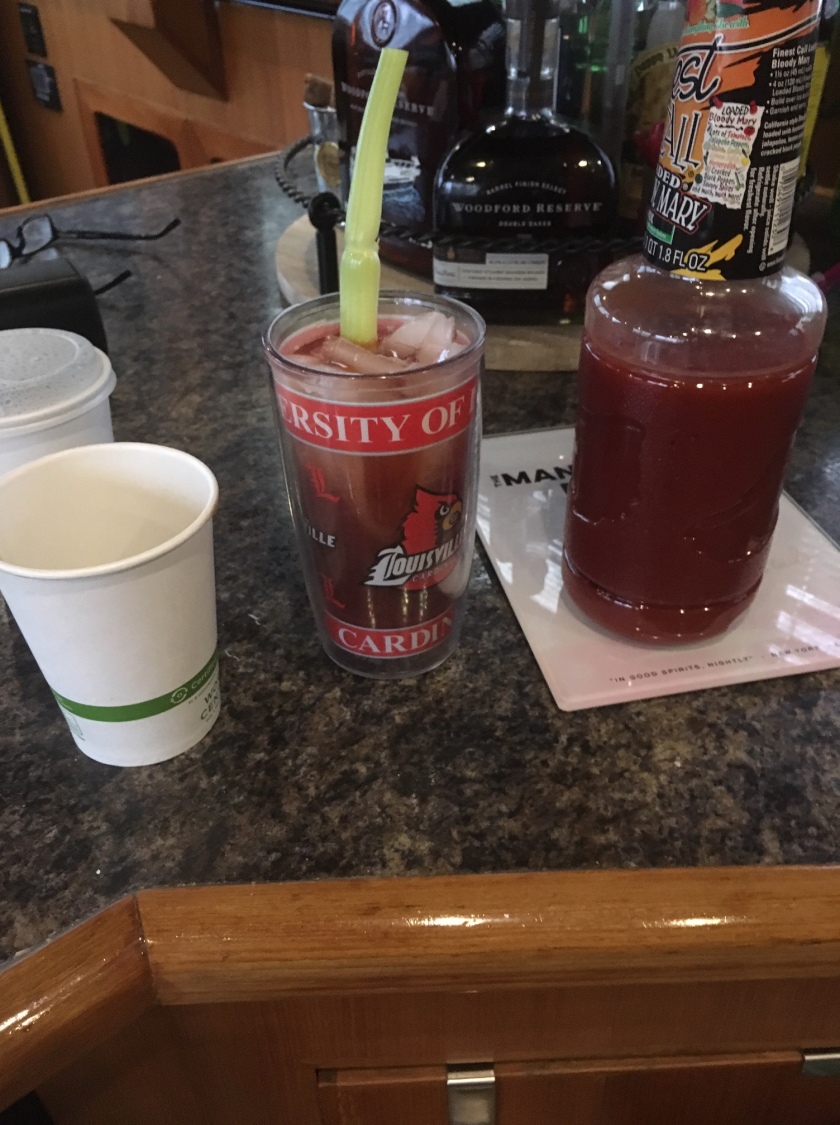 Took a stroll through South Haven, very pretty little town. Looked like we came to the end of the main drag and Debbie spotted a steakhouse half a block off the main street. Went in to check it out, very nice steak house chic inside. We were not dressed appropriately but asked if they would mind if we had dinner. Of course! Just the reply we hoped for. Gave the bartender my boat card with Manhattan instructions and she followed them splendidly. 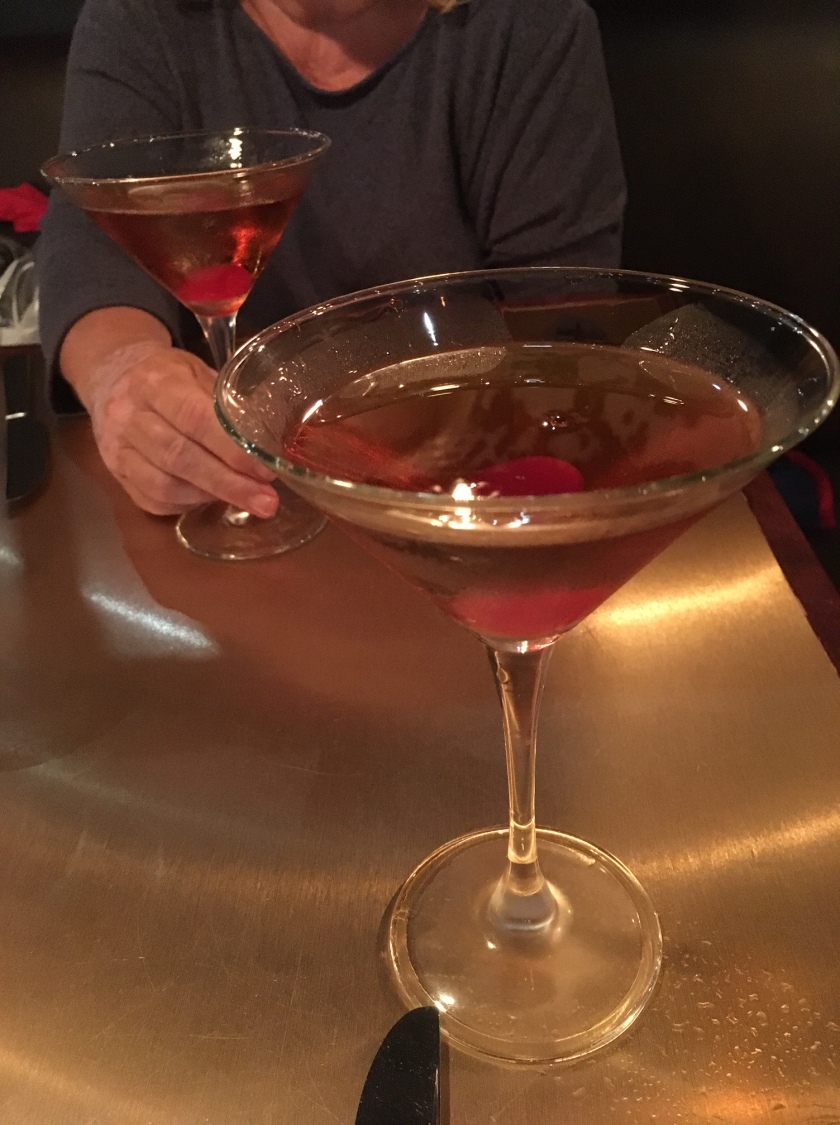 They were soooo good, Deb ordered a second. Yeah, baby! 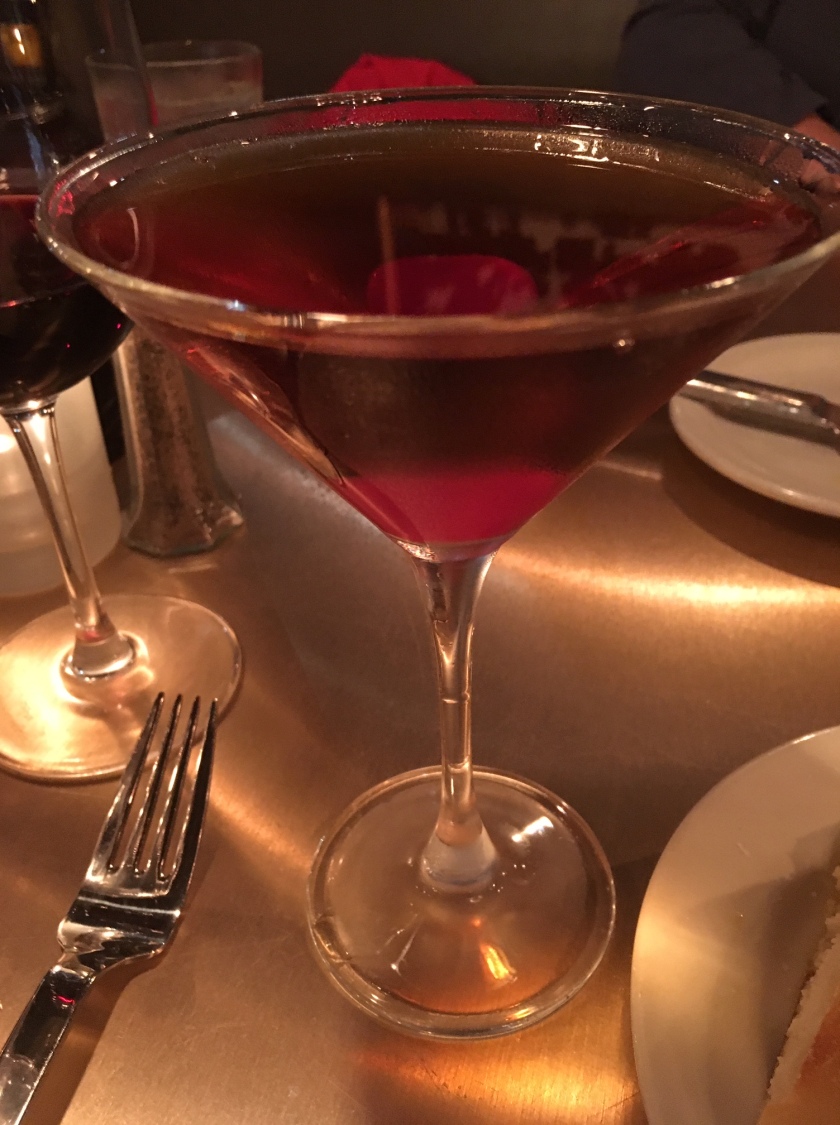 Can you believe it, more fudge shops! 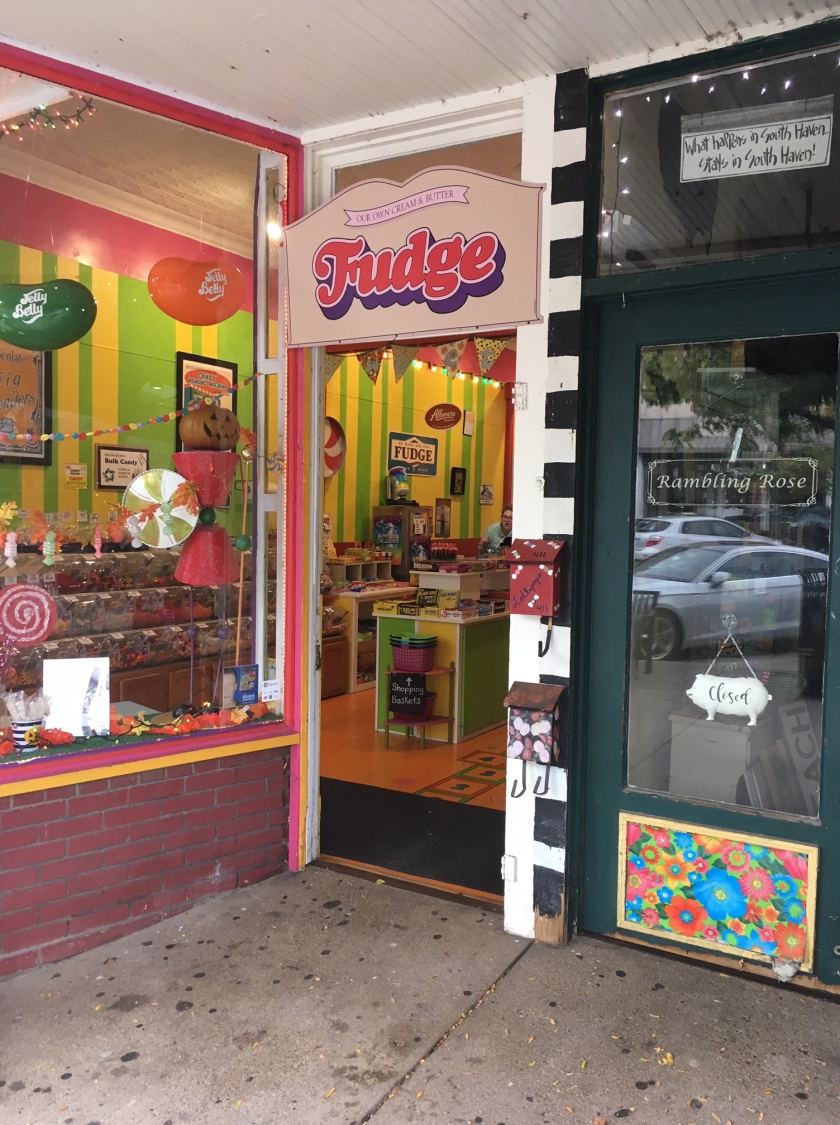 All but one of the boats below are Loopers. Whisky Business on the right of the photo. 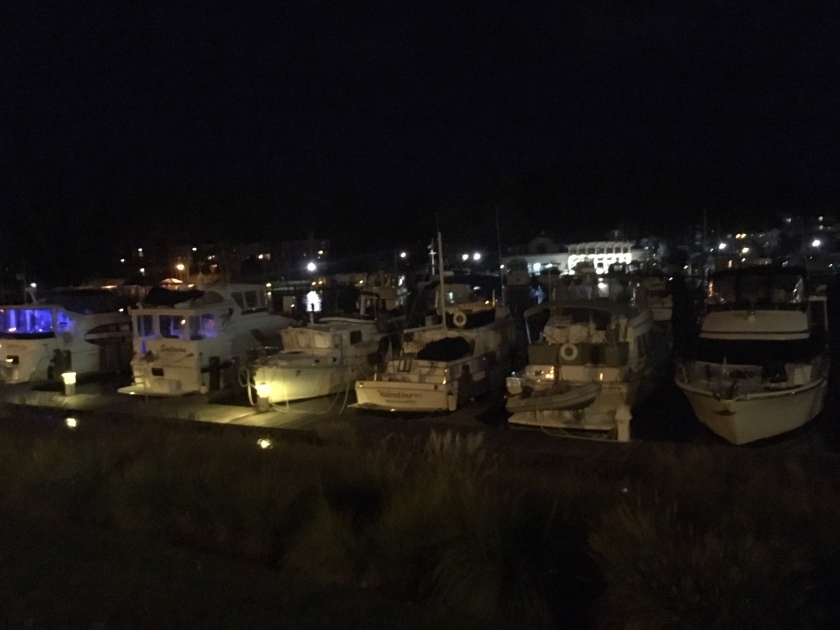 The boat on the far left of the above photo was named Vitamin Sea. While strolling through South Haven one of the little shops Deb drug me into had these hats. Sent the picture to the guys on the boat. 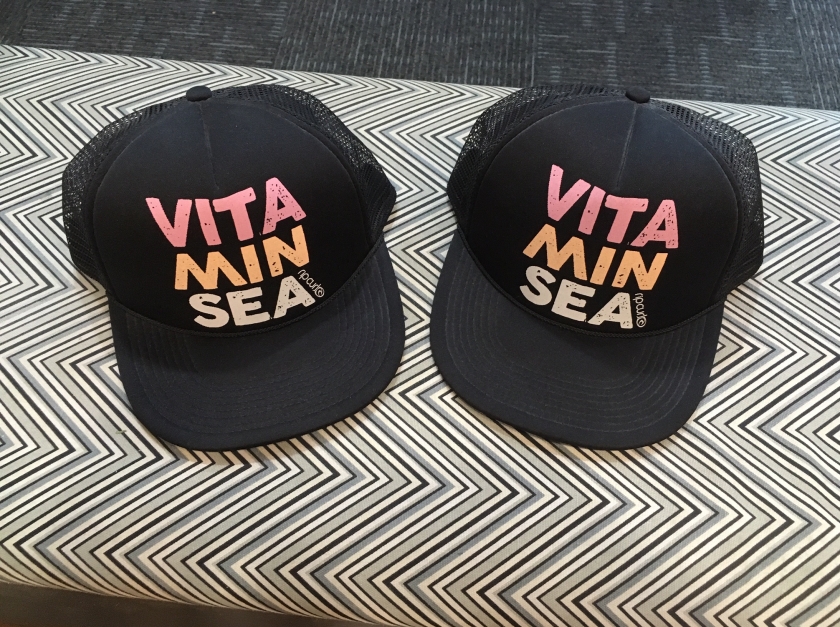 Pretty slow night at the restaurant where we had dinner so we ended up at the bar with the cooks, bartender and servers. Had a blast. We put a hell of a dent in that bottle of Maker’s. 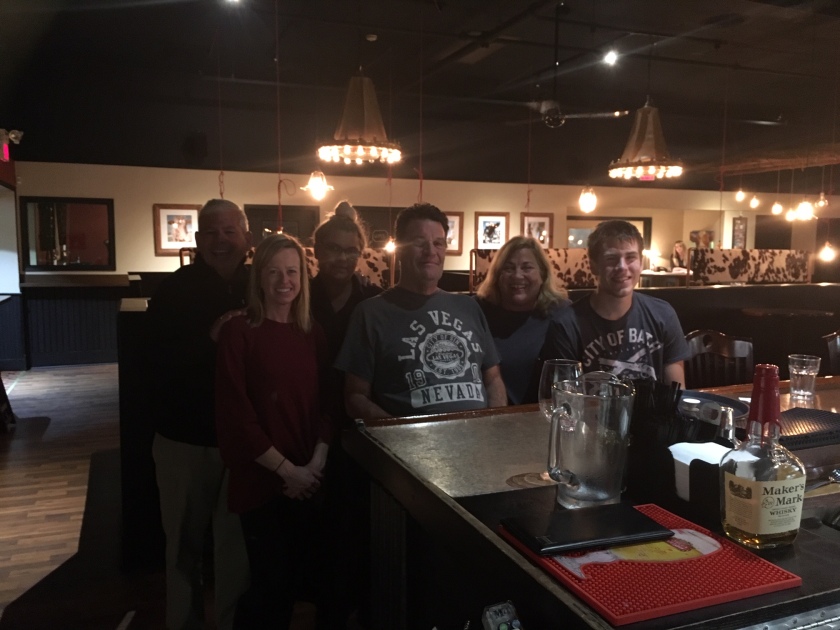