We left Alton Marina at 8:15 this morning passing under the iconic Clark Bridge. For those of you who live in Louisville, Ky. does this bridge look familiar?

This is the map of our run today. Most of our track is in red as we were moving close to 15 MPH. This current really moves us along. Mississippi is a wide and fast moving river. Especially at near flood stage. 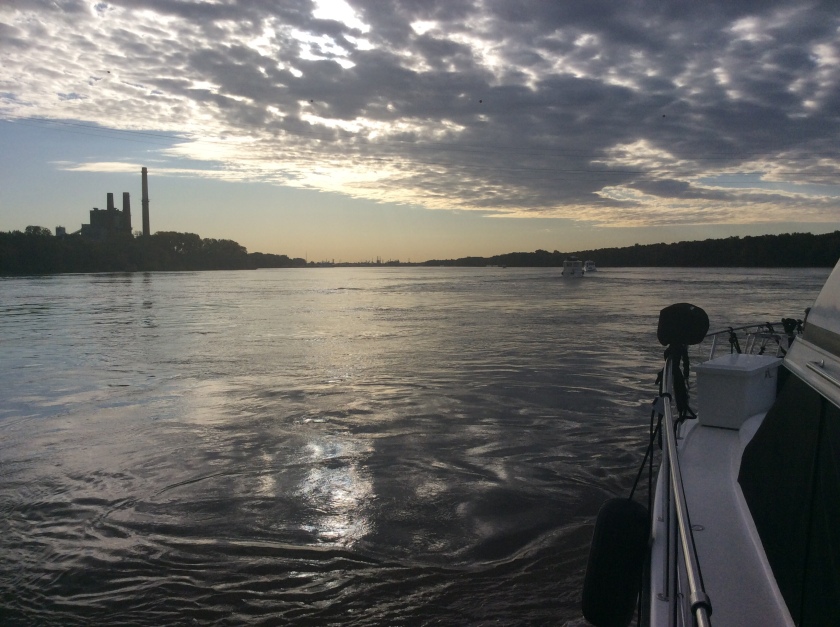 Came across this tug boat with it’s array of barges. Great name! Could not get a good photo due to the bright sun on the other side of the array.

Entry into the channel for our last lock till the Ohio River. 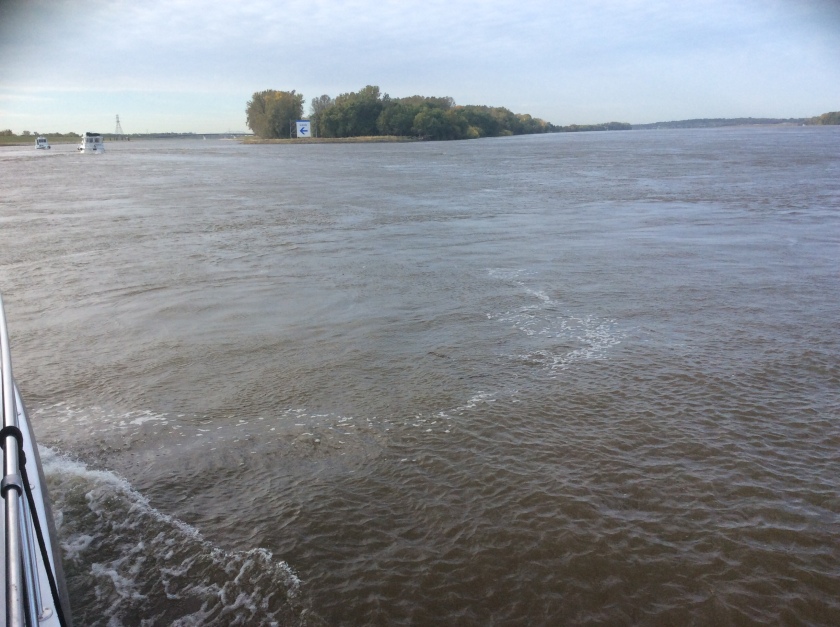 In the lock channel the water was quite calm. 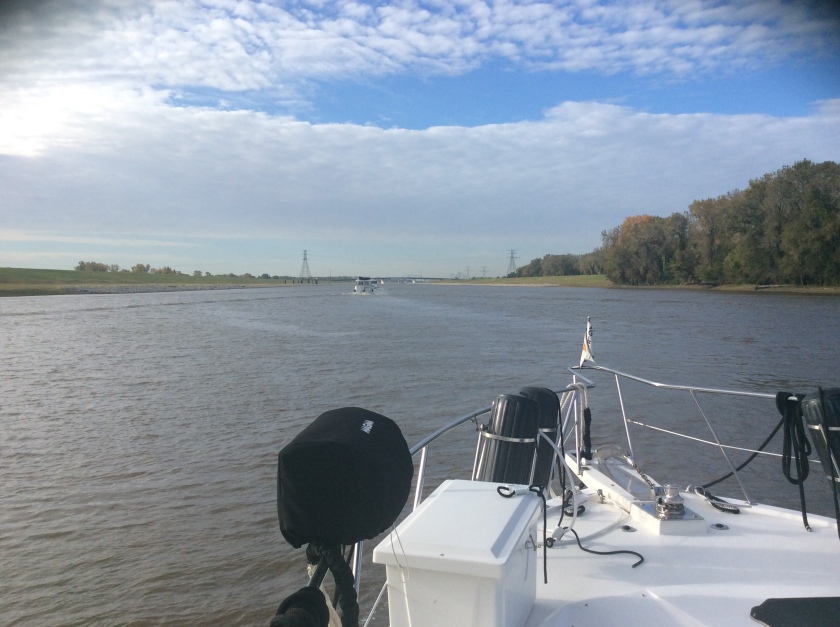 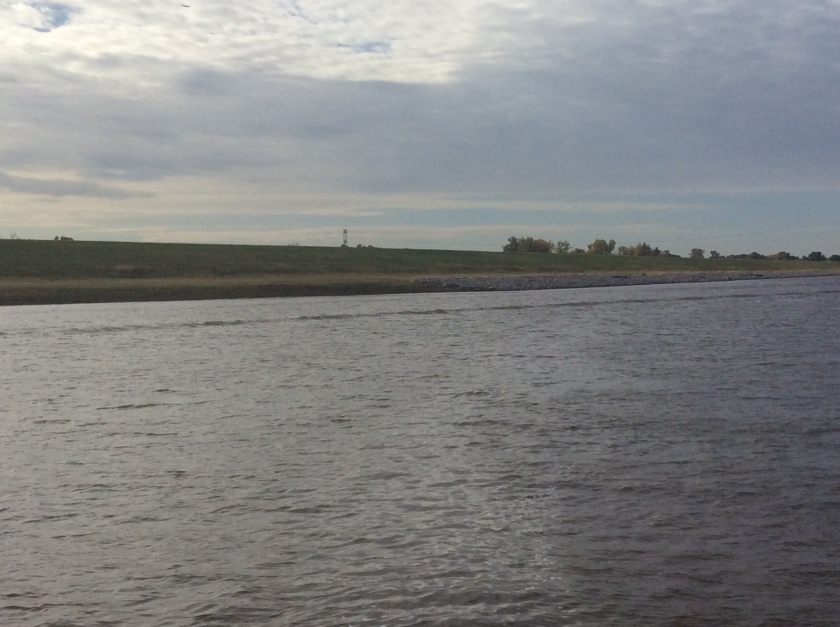 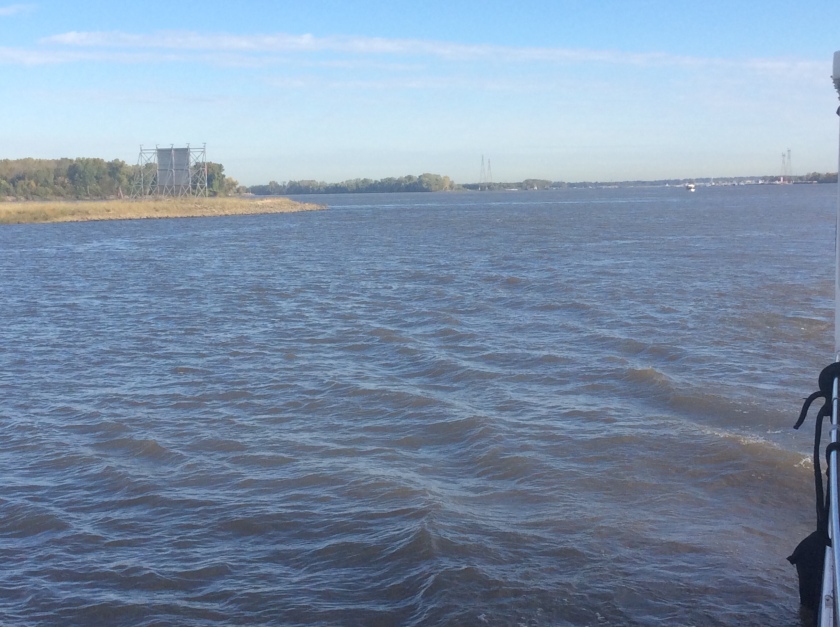 When we entered the lock we noticed there were no lock doors. The door rose up behind us.

And there it is, the Arch of St. Louis. 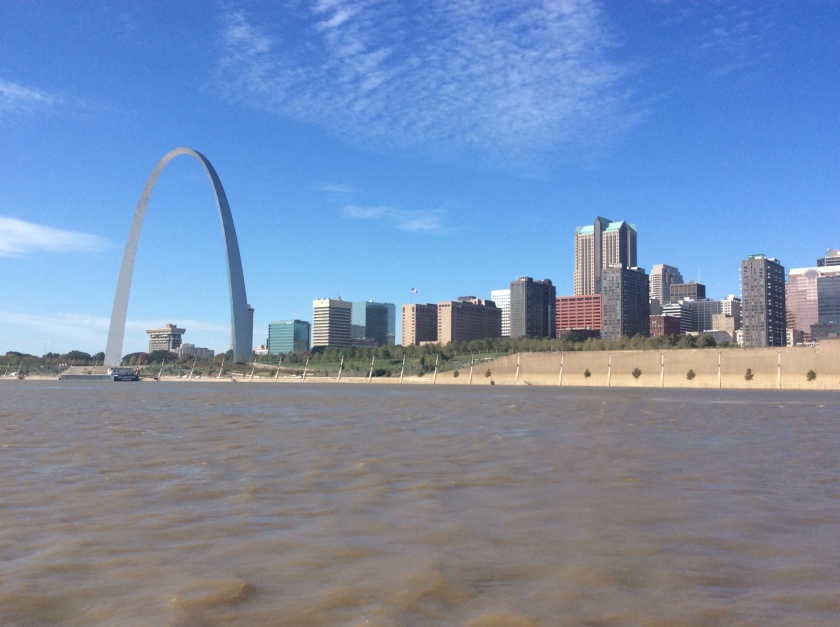 Great photo. Fella we just met who is crewing for the captain of Toscana must have been on his computer when we passed the Arch. There is a web cam across the river from the Arch. In the photo below that’s Here’s to Us on the left, Saltaire in the middle and Whisky Business on the right side. So cool! 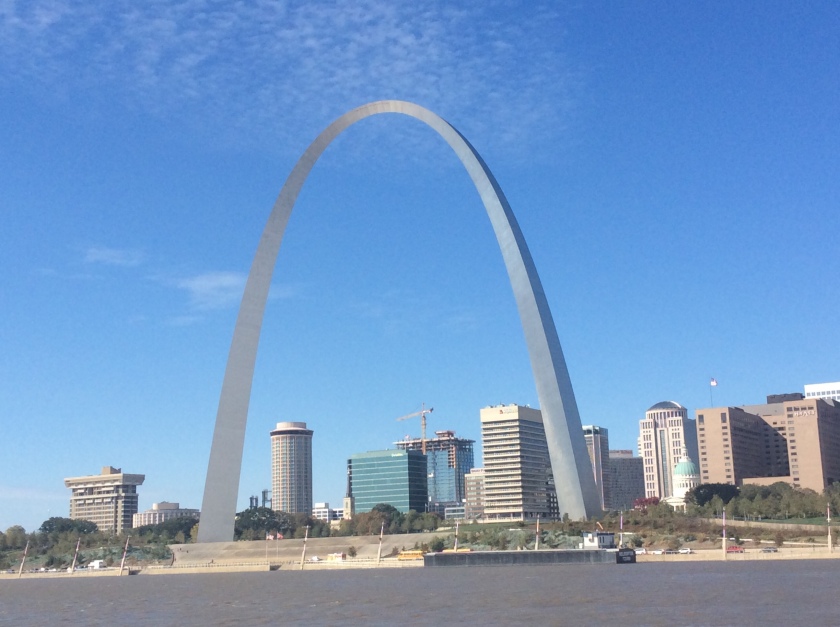 There were quite a few of these groups of barges that were anchored in the middle of the river without tugboats. Perhaps they were there since the river is so wide?

You can see WB in the compass rose in the middle of the photo. The 2 red triangles just behind WB are the 2 boats Deb and I are traveling with. All of the other red triangles are tow arrays. They are all on either side of the river wedging themselves into the banks. This was a target rich environment. Busier than the Hudson River at the Statue of Liberty with all of it’s ferries. 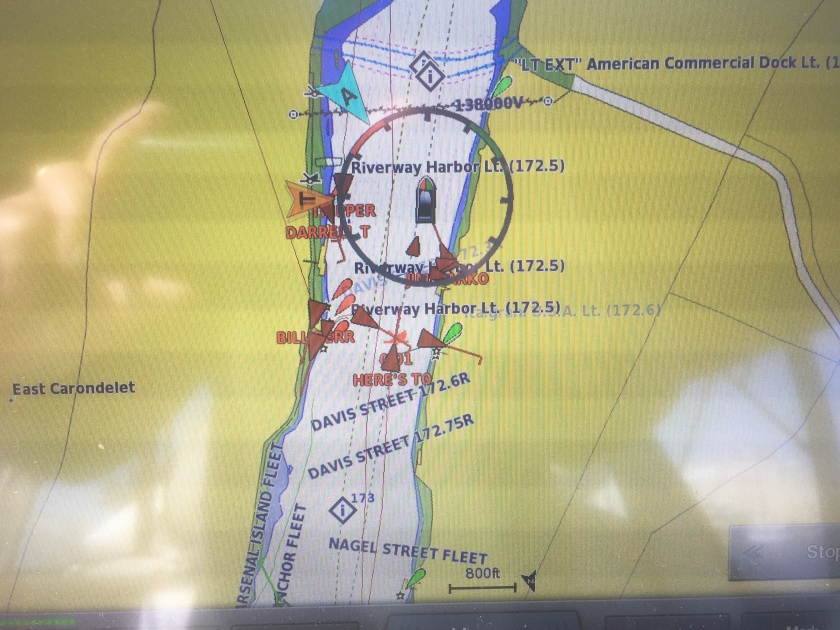 We had quite a bit of wind today. I shot this short video with sound just to give you an idea of how loud it was on the flybridge. The squeaking is the entire bimini and it’s windows shaking in the wind.

One of the most, gotta stay there, iconic stops on the whole Great Loop. Hoppies. Really just a couple of barges lashed together that boats can tie off to. Unfortunately we did not get to meet Fern, the character who owns this “marina”. Until this past spring there were 2 more barges that Loopers could tie off to. Spring flooding wiped out the other 2 barges and there is only room for 3 boats here now. 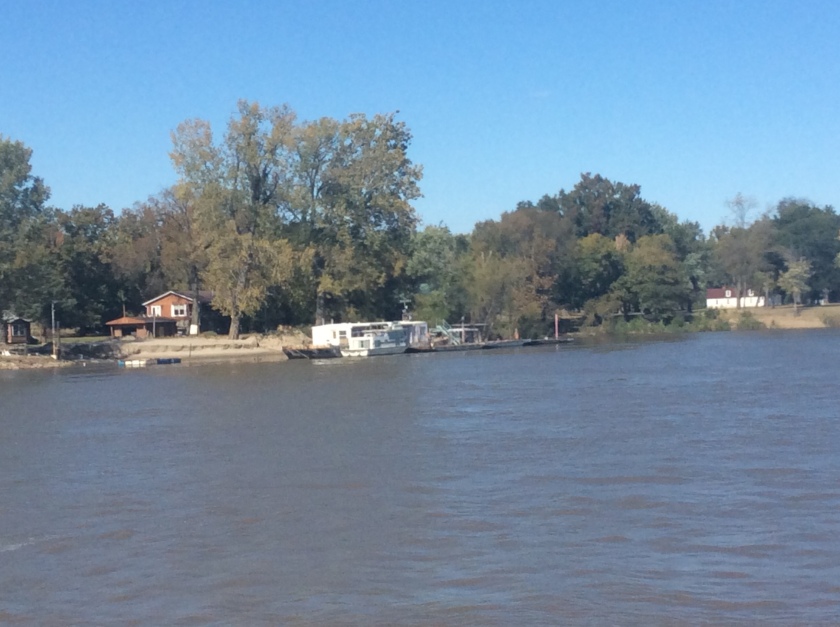 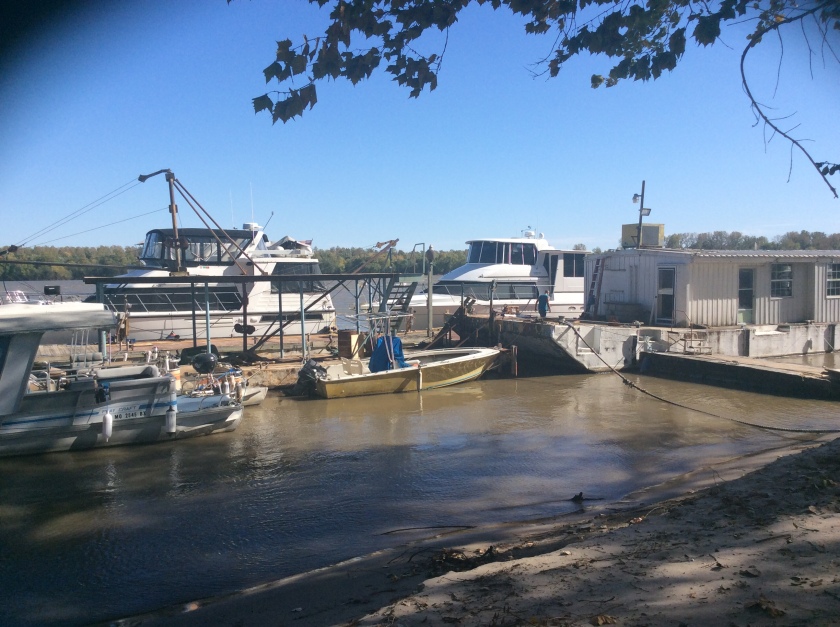 No marble floors in the restrooms here. Not sure there are restrooms. 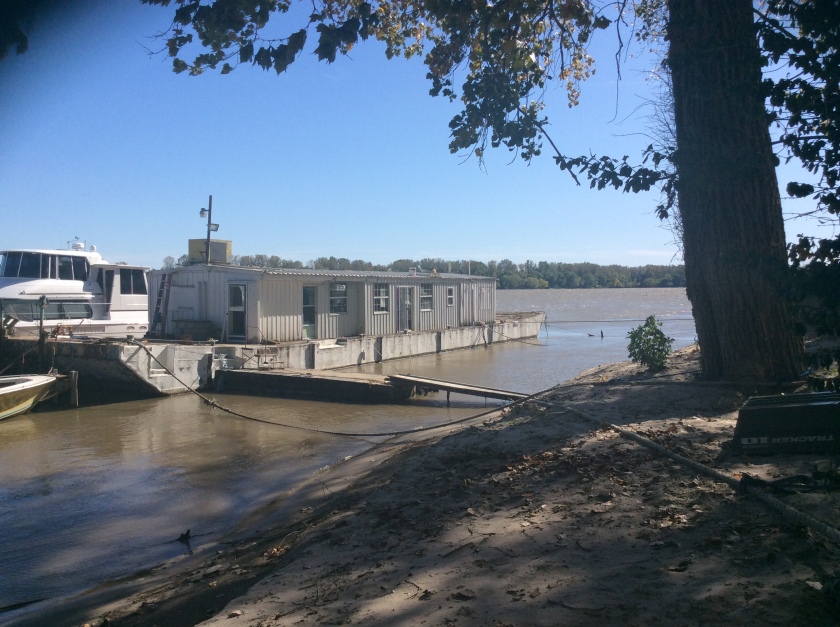 Debbie carefully navigating the off ramp from the barge we are tied to. 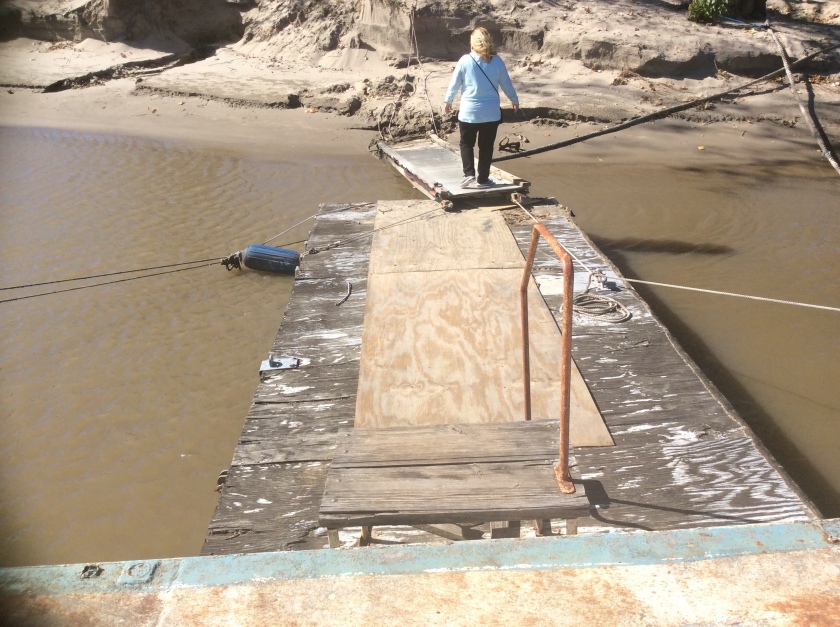 The town of Kimmswick, Mo. is a lovely little town with lots of shops. Lot of sexual discrimination taking place in those shops. No mens department in any of ’em! 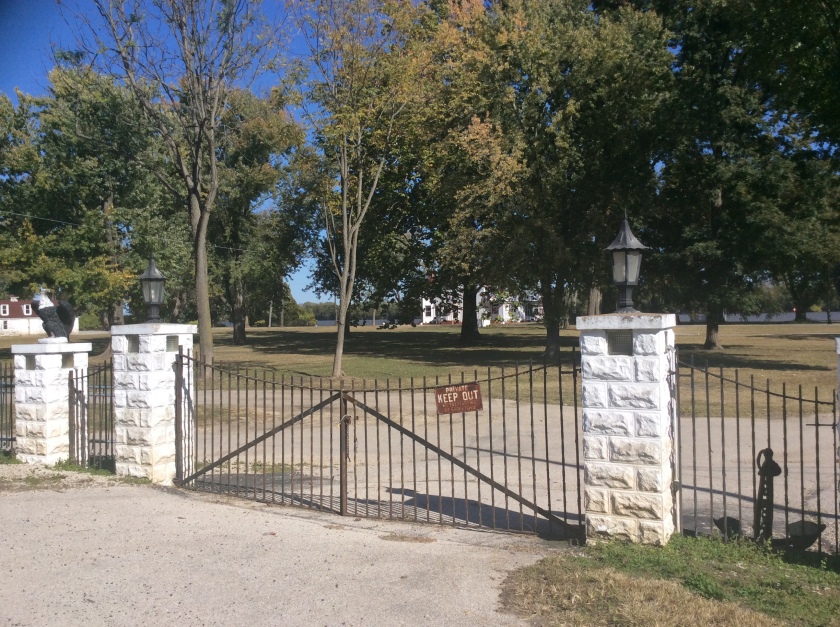 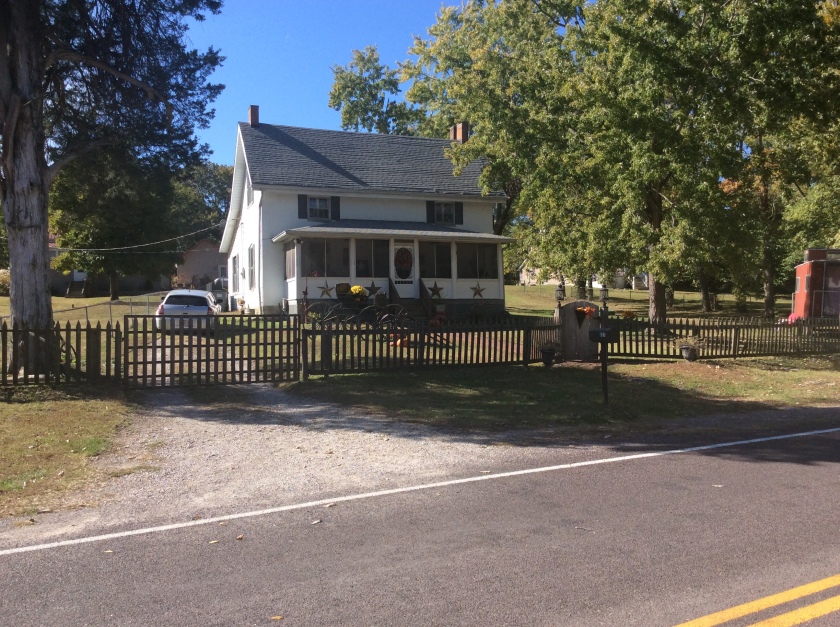 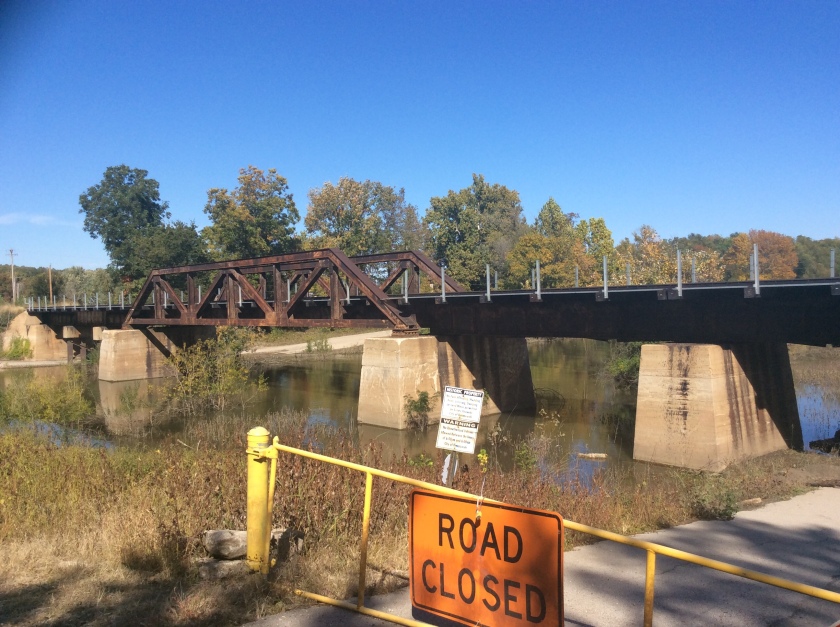 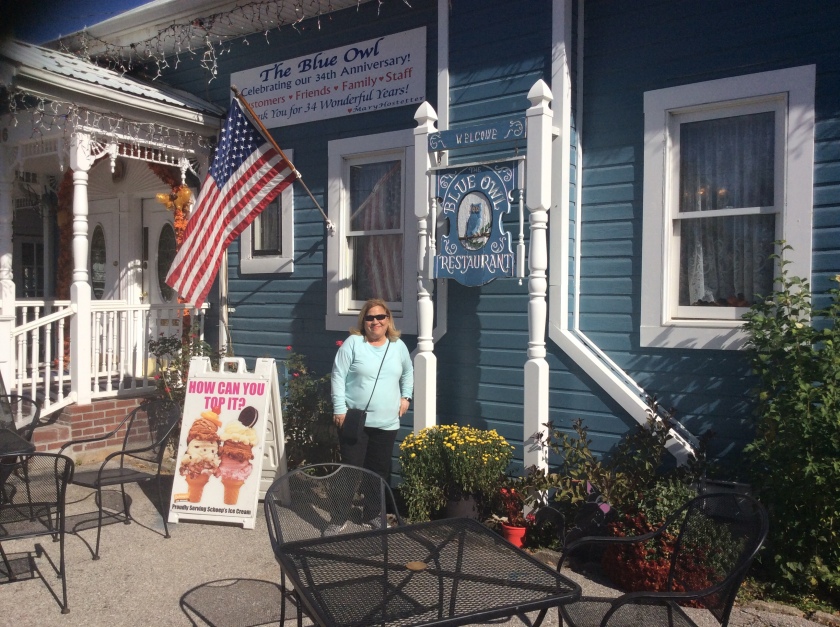 Our group posing with Mary, the owner of Blue Owl. 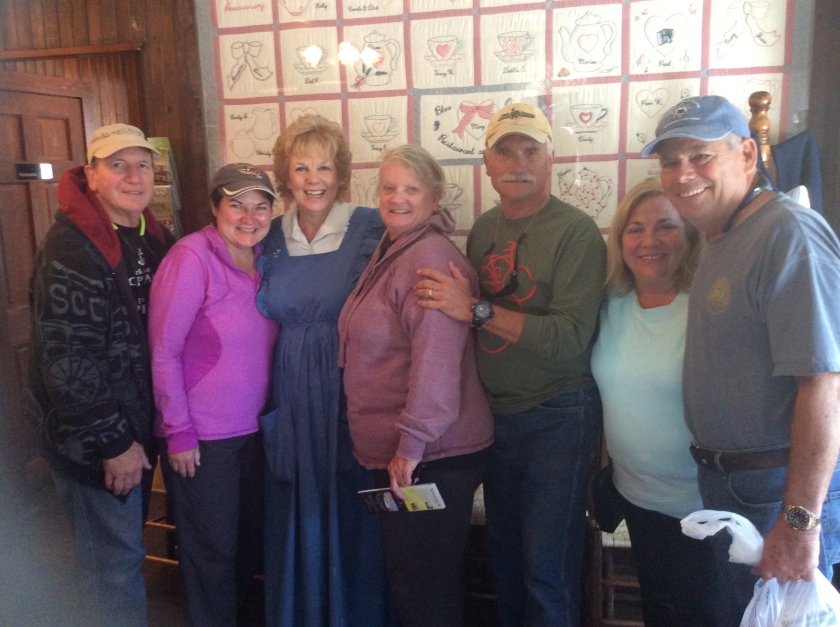 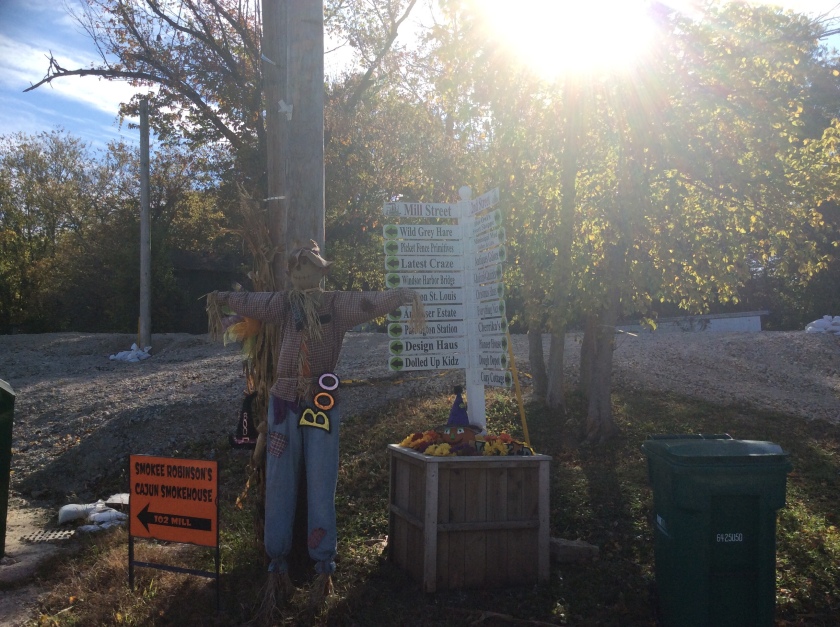 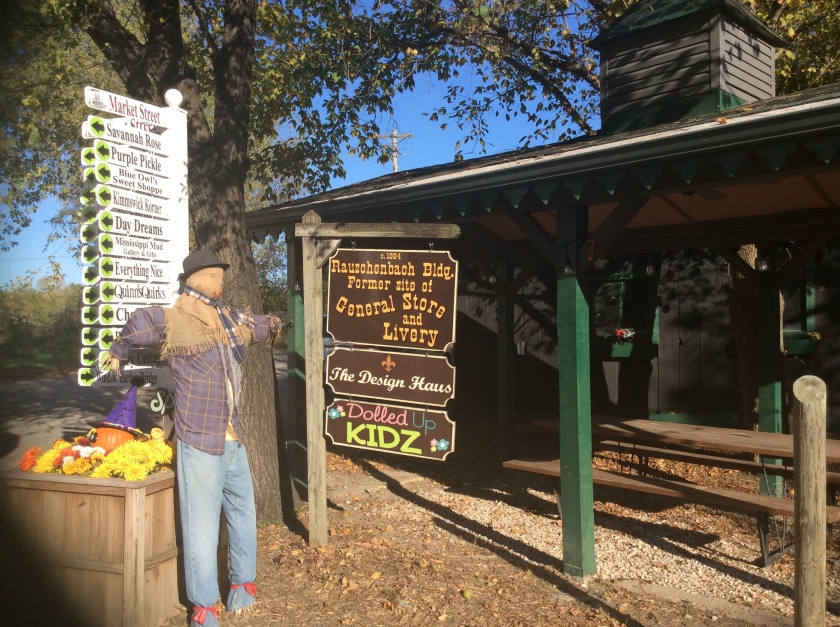