This was our anchorage for 2 nights. Little Diversion is off the big river and out of the crazy current.

We woke up at 6:15 this morning for a 7AM departure. Nope, raining like heck. The three captains had a conference call and decided to stay put in this very safe anchorage off the Mississippi. Our arrangement with Here’s to Us with their anchor acting as the stern anchor for all 3 boats was a good idea…in theory. Virtually no current in this little channel we’re in, until all the rain came. By 10 this morning the anchor that Here’s to Us had deployed to be a stern anchor was not holding. Guess we did not have enough chain out. Didn’t matter. As the rain continued the current in our anchorage picked up and we were spun 90 degrees. Had we not had the other anchor out we would have done a 180. So Here’s to Us untied and moved downstream while Whisky Business went about resetting our anchcor. And if the rain and current were not enough, while we are about to bring in some anchor line to reset the bridle, along comes a 15 foot log. Yep, hangs up on my bridle and anchor chain. Had to disconnect the bridle from the boat and with Sam jockeying his 60 foot long boat around we got a line around the log and finally got it off. While I am typing this along comes another log and hangs up on Saltaire’s bow. We get it off. Hangs up on Saltaire’s props. Wrassled it for awhile and finally get it off.

You can see John from Saltaire on the lower right corner of this photo. He is rasslin’ that log off his boat.

BUMP! Another partial tree bumps into WB while I am downloading the photo above.

And then here comes… 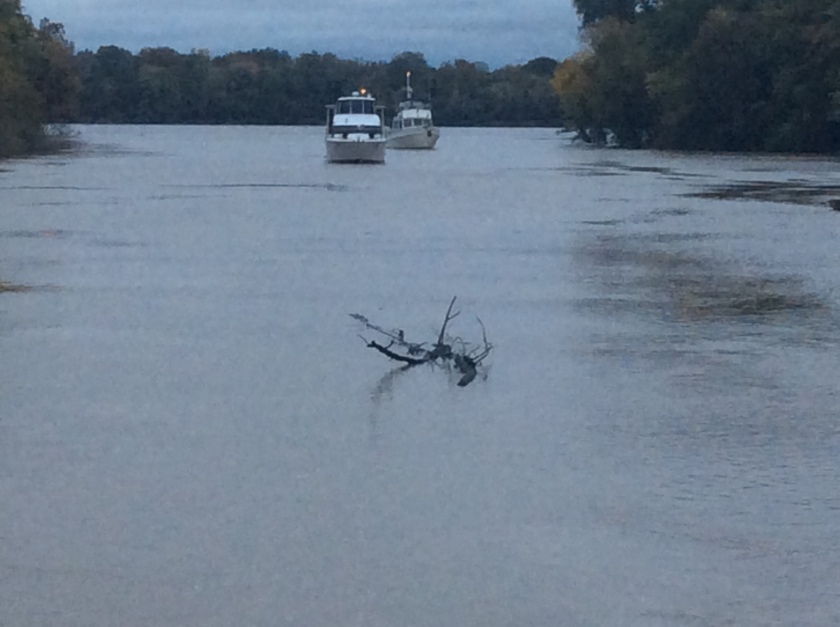 Gonna be the longest night on the Loop. Just watched the crew of Saltie spend 45 minutes getting a tree off their anchor chain…in the dark. I remembered WB had a plug in spotlight inside one of the benches on the flybridge so I held that spotlight on their bow while they got that log off.

Next morning, clear day. Great day for running the 97 miles to Paducah. We get out on the river make a right turn and see…mountains in front of us? No, that would be a fog bank.

It was coming from the left side of the river and we could see on radar it was not that long, maybe 3 miles. Running at 15 MPH we hoped we could get to the end of it before it engulfed the river.

It was like watching a Stephen King movie as the fog rolled over the big Mississippi. Again, our AIS system along with radar saved our bacon.

Visibility got down to maybe 50 yards for about a mile and then we were out of it.

This river is big, fast and not very friendly to anything but the largest craft. Still, it has it’s own beauty.

This was our speed coming down the Mississippi. The current was running better than 5 MPH. 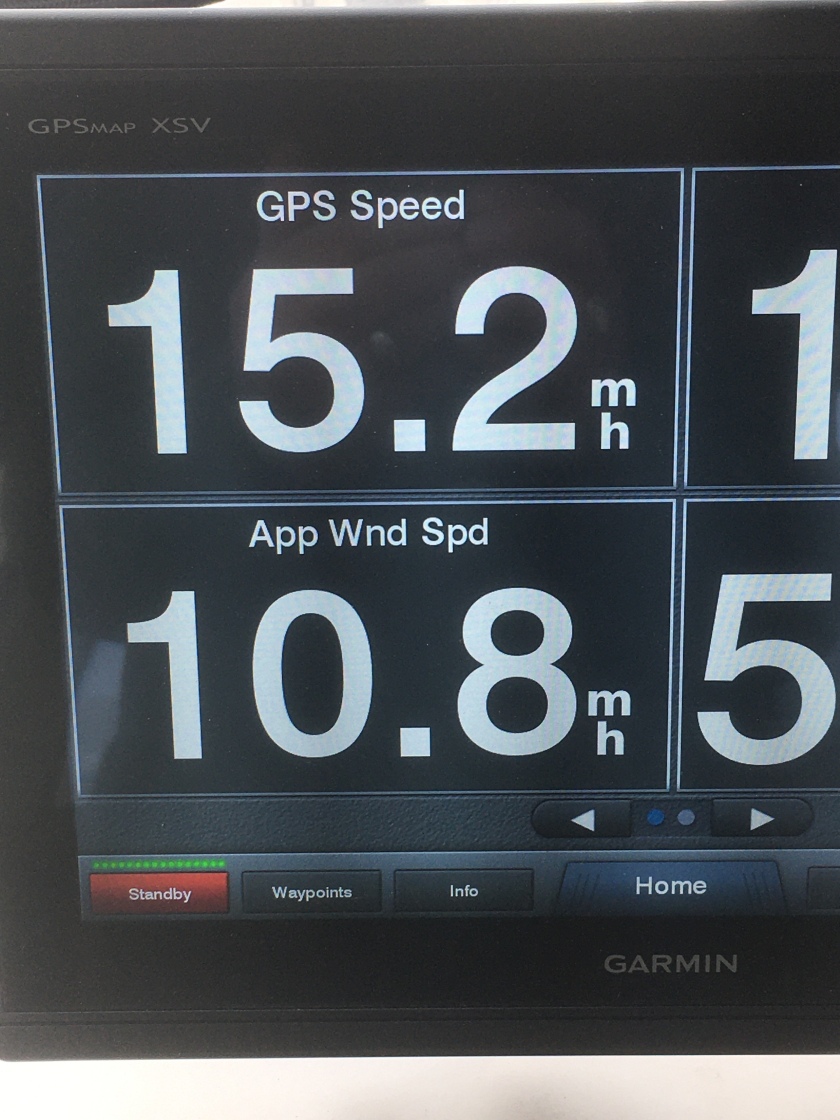 When we made the left turn to come up (against the current) the Ohio, BANG, we hit a wall and our GPS speed slowed to 8.4.

After 7,050 miles we turned up the Ohio headed for Paducah for the night. We ran 97 miles today.

This is the Olmsted Lock and Dam which is still under construction…after 28 years! This new system replaces 2 sets of locks on the Ohio. Why 28 years? Budget constraints and changes to the original plans made this the gift that has kept on giving.

Ah, the Ohio River. Like running on glass after the turbulent Mississippi. 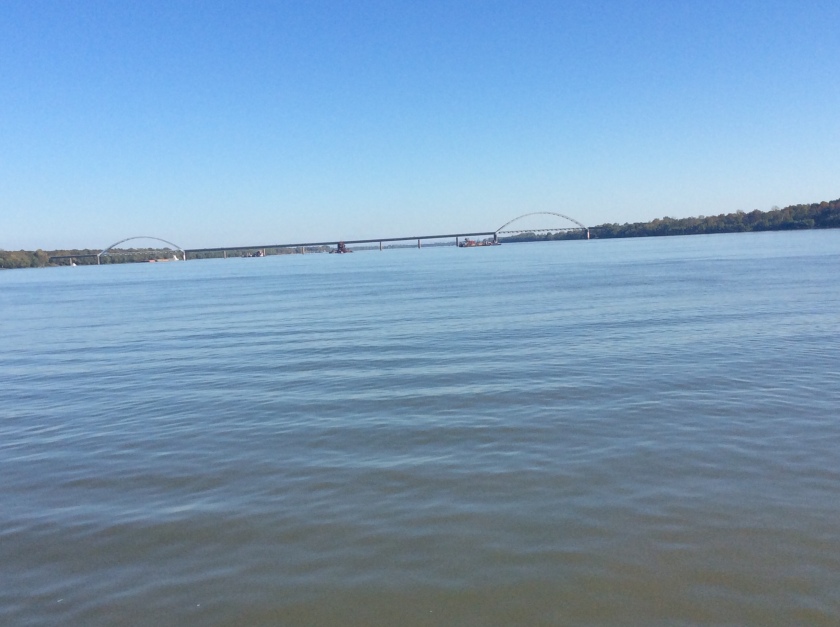 Fort Massac on the Illinois side of the Ohio. Built by the French in 1757, destroyed by the Chickasaw in 1763 and rebuilt in 1794. 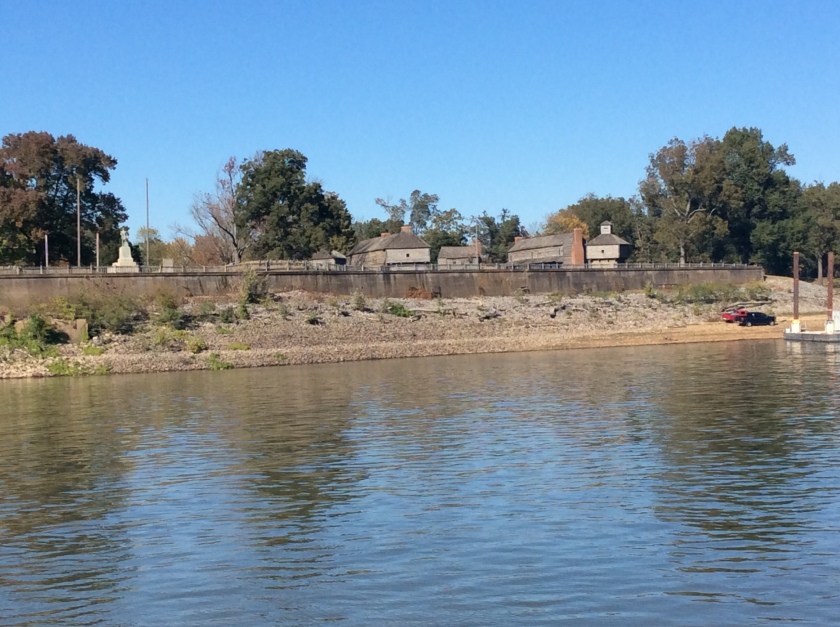 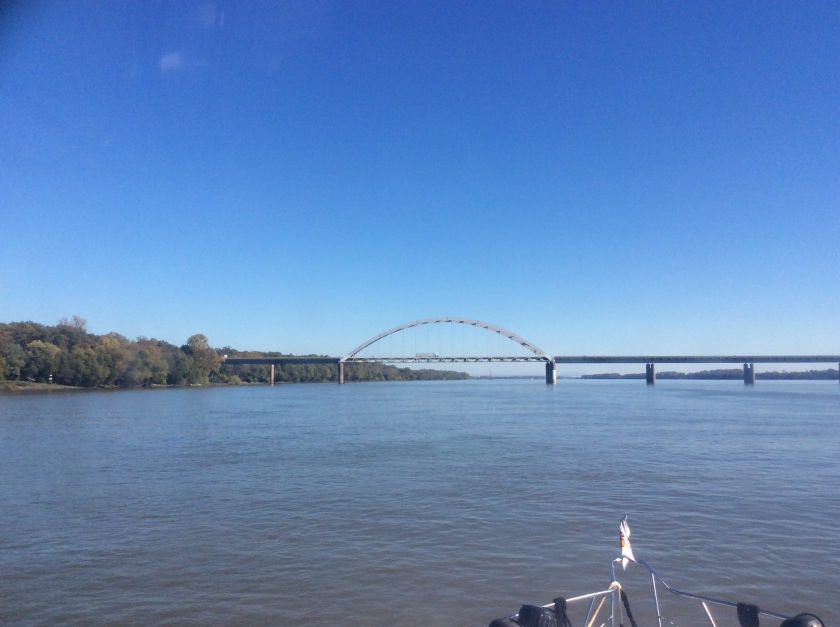 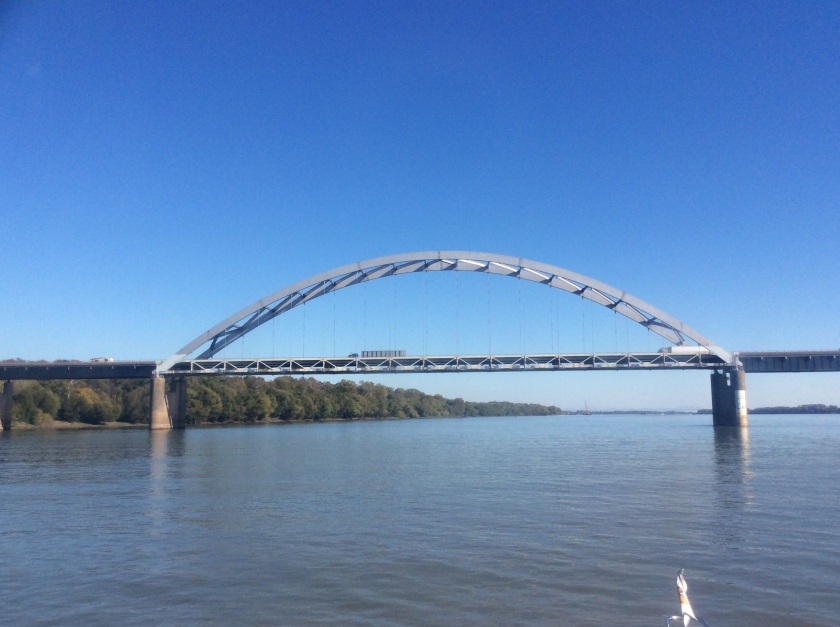 Twelve boats tied up at the Paducah marina. Essentially a dock in the river far out of the shipping channel. A great investment for the city of Paducah. We filled the place up.

Broke out the “ships stores” after getting settled in.

Coupla old timers enjoying the scenery (probably younger than me). 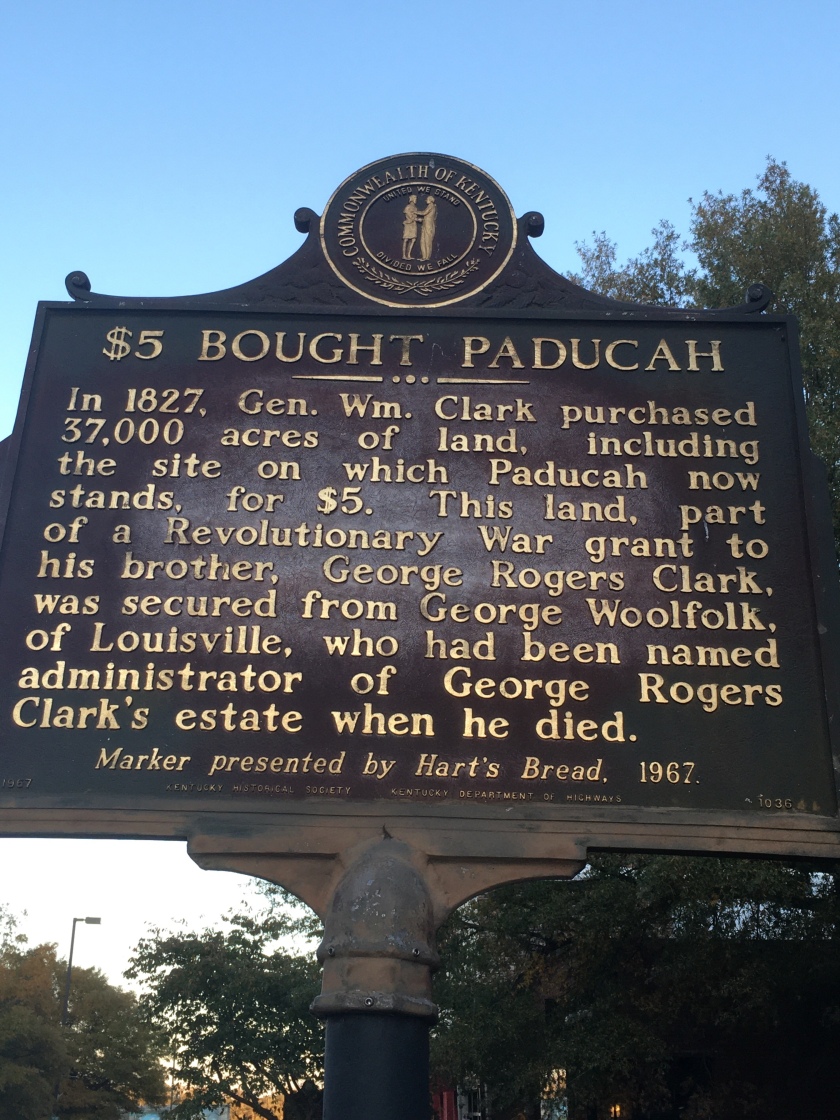 Dinner in Paducah with Saltaire, Here’s to Us, Vitamin Sea and Curti-Sea.

Beautiful mural on the floodwall. 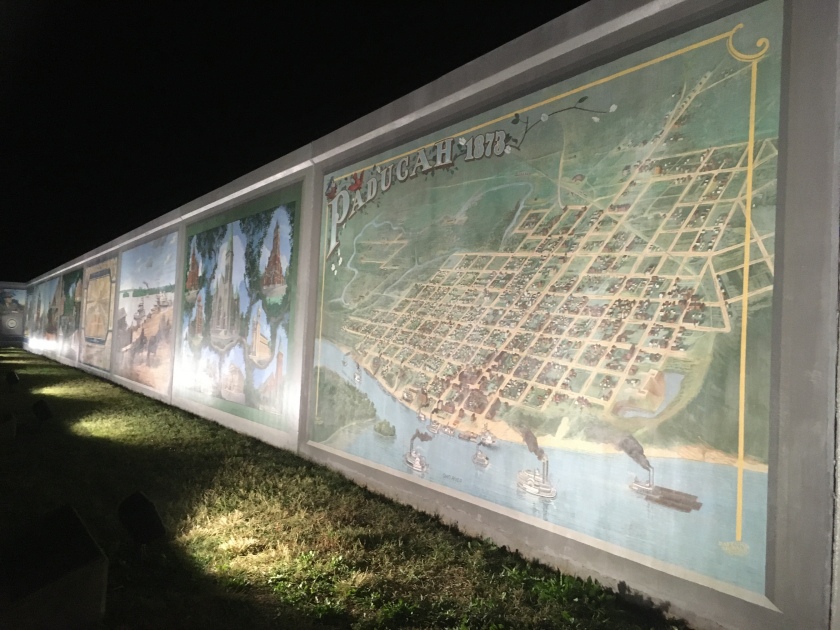 The Looper Armada at night.